Super Nanny to the Rescue! Redux 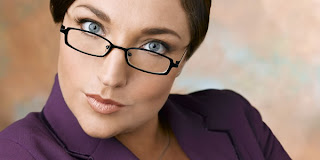 Have you seen the popular TV series Super Nanny, where a “real” English nanny comes to the rescue of distraught parents?

Week after week the nanny smiles as she steps into house after house of screaming children and clueless parents. The kids are a mess, the parents are frazzled, and everyone has reached their boiling point. You can just imagine why these families dial 911 out of sheer exhaustion.

But it’s Super Nanny to the rescue! She sweeps into the situation, disciplines the kids, organizes workable programs, encourages the parents to become "real parents," and—in her no-nonsense way—she puts the family right again.

How can you keep from letting your business turn into a screaming, dysfunctional mess during times of challenge? Here are three simple rules, complements of Super Nanny:
Read More...
Posted by Peggy Grall - The Change Coach No comments: 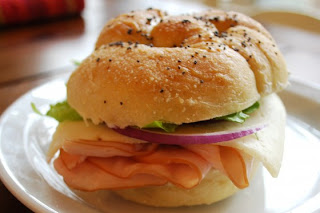 The great industrialist Henry Kaiser once said, “If your work speaks for itself, don’t interrupt.” He would know. From building giant warships during World War II to helping found one of the largest, most efficient healthcare providers in the world, Kaiser spent his life letting his work speak for him, not the other way around. Although he died a half-century ago, his words still ring true today.

In a world jammed with about a billion ways to communicate, it can be hard to remember that actions speak much louder than words- and it’s our actions that we’ll be remembered by. So here’s 3 tips to help you cut the chatter and get to the things that matter.

Harry Potter, Frankenstein, and Andrew Carnegie Walk Into a Bar

New ideas, new ways of doing things, new products, every day brings with it the chance for dynamic change. Staying ahead of that change requires hard work, intuition, a bit of luck, and most of all creativity. But, how can you be creative? Is there a switch you can turn on? Or are some people just born creative? 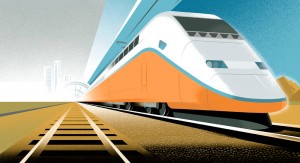 The superstar author J.K. Rowling came up with the iconic Harry Potter when she was doing nothing more spectacular than riding a train, looking out the window, and daydreaming. Similarly, rumor has it that author Mary Shelley invented Frankenstein during a late night round of story-telling with friends in a Swiss retreat. Andrew Carnegie, the insanely successful steel magnate, worked most of his young life not in steel, but in the railroad industry, but he took the insights he learned from the railroads and applied them to steel, revolutionizing the industry.

These aren’t examples of naturally clever and creative people coming up with world-changing ideas; these are stories of people giving themselves the opportunity to be creative, by preparing, by sharing, and by ignoring.


With a view towards providing increasing value to my loyal readers, I’m excited to announce some changes that you’ll soon see happening with this blog space. 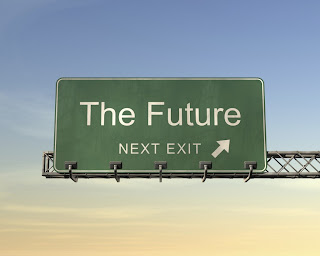 Starting today, this blog will become a landing place for ideas, inspiration, and advice on transformational change. You’ll see brief, targeted blog posts that highlight some of my lessons learned working on the front lines of organizational and personal change.

And the good news is that this change is going to be painless for you! No need to change the bookmark on your web browser. So, think of this space as your place to hang out, voice your own keen insights, gnarly challenges and the tips & tools that work for you.

If you currently subscribe to my monthly ‘Change Bytes’ newsletter, you won’t see it here going forward, but don’t worry, it will continue to find it’s way into your Inbox. If you’ve not yet received the newsletter, just sign up and you’ll also receive my complementary e-book, 19 Hopeful Hints for Managing the Big Fat Changes at Work. Try it…you’ll like it!

And, follow me on Twitter under the new handle @Change Bytes. Join me there for a daily dose of inspiration and challenge to help you change what you thought you couldn’t. We’re all in this together, so I’ll do my part to keep you energized and moving forward.

Remember, you can change it…I can help!

Posted by Peggy Grall - The Change Coach No comments: